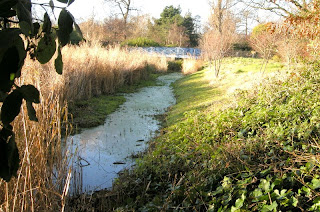 The Rail ditch from the far end(not open to the public). 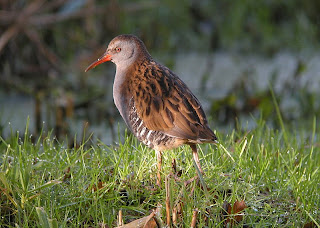 At last fine weather and most importantly the bird showing well today, gave me a chance to take a couple of snaps 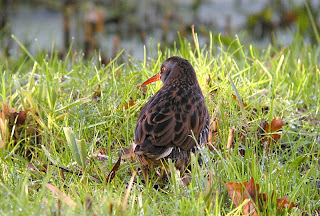 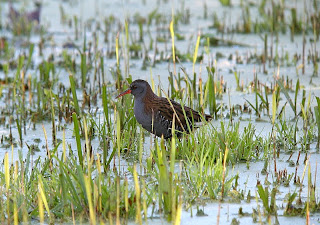 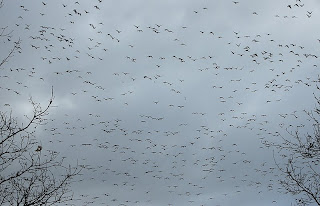 I popped to Norfolk for a day last week. I encountered a flock of over 8000 Pink-footed Geese feeding in a roadside field near Langham. They were spooked and took to the air, part of the flock can be seen in these two photos. 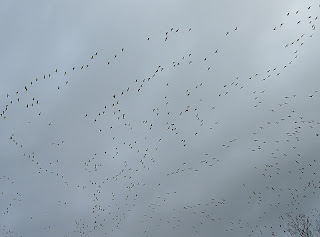 Frustrating news from yesterday, when what was almost certainly an adult Ring-billed Gull was seen distantly on the lake at 1.15pm, it flew off SW two minutes later.

regents park birds.blogspot.com said…
Thanks Josh, It is not the most confiding bird. You would have thought by now it would have adjusted to the sights and sounds of the park.
3:05 PM

Neil said…
Some great photos there. I still ahvent seen a water rail, despite them being present I a few places I visted quite often. I'll have to pop down and have a look soon :)
4:18 PM

It seems to show most days at around 11.30. I am trying putting food out, but this tends to make it come out and quickly retreat back in to the reeds. But i will keep working on it.
8:39 PM